' Moscow: 5 things to do in winter

1. Attend a performance at the Bolshoi Theatre

Founded in 1776, The Bolshoi Theatre of Opera and Ballet is the most famous theatre in Russia and one of the best in the world. The Bolshoi is usually closed from the end of June till the middle of September, and the tourists who visit Russia in summer time do not have a possibility to enjoy the performances at this world-famous theatre.
The Bolshoi occupies a beautiful building of XIX century, the decoration of the interiors is impressive.
Note: there is no a strict dress-code at the Bolshoi Theatre, but many people prefer to go there in full evening dress. 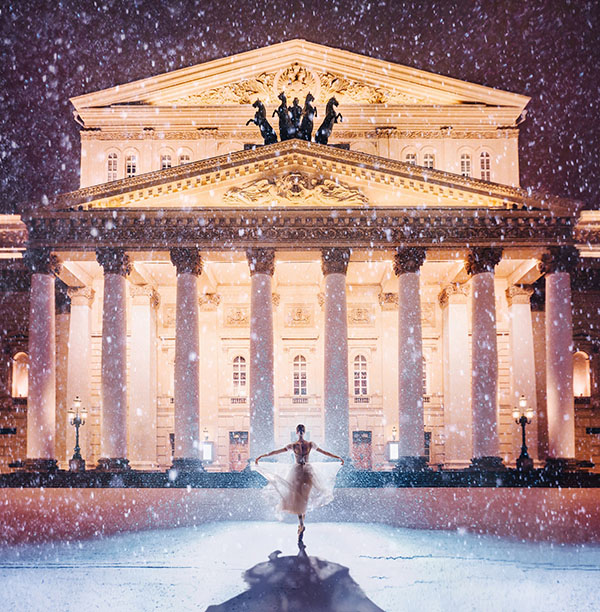 Price*
The Bolshoi is more famous by its ballet performances but opera tickets are always cheaper.
Opera: ap. 1500-10000 RUB (30-200$)
Ballet: ap. 10000-20000 RUB (180-350$)
Note: the performances at the Bolshoi take place at 2 different stages called "historic stage" and "new stage". If you book tickets by yourself, make sure that the performance takes place at the historic stage, because the new stage is in a separated building.

* It is an approximate price

2. Get to know Russian art at the Tretyakov Gallery 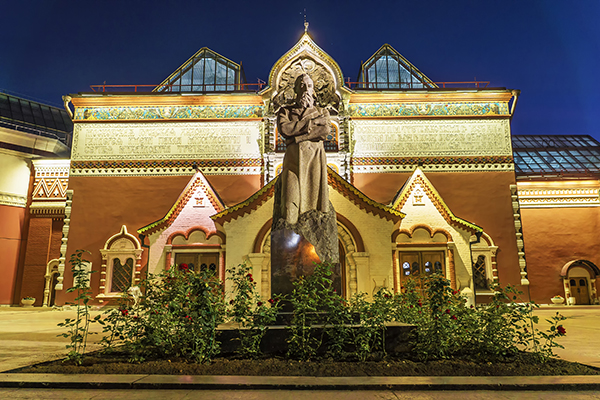 The gallery was founded in XIX century by a Muscovite merchant and art lover Paul Tretyakov. He was collecting paintings of Russian artists, all the paintings were stored in his own house which later on was donated by himself to the city of Moscow, and his private collection was turned into a public museum. Nowadays the museum has got 2 buildings. The main one, which is a former Tretyakov's house is dedicated to Russian ancient art and classical paintings of XVIII-XIX centuries. The new building or the New Tretyakov Gallery presents the art of XX century, one can see there paintings created by Malevich, Kandinsky, Chagall. 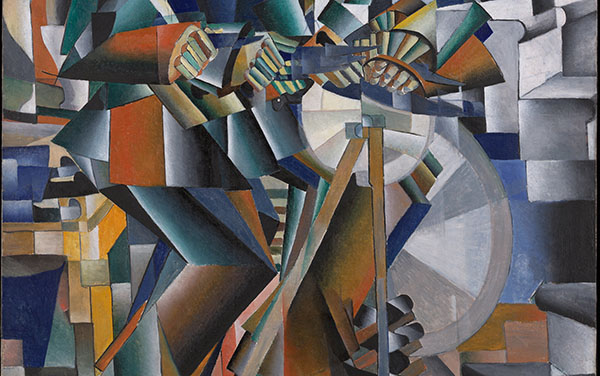 The collection of this museum is huge, if you want to acquire Russian art it is the best option. Tickets are cheap.

3. Warm up in Russian sauna - the Sanduny Bath House 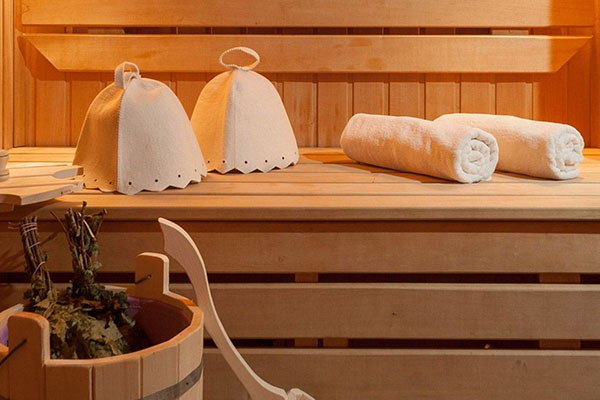 Russian sauna or as it is called in Russian "banya" is one of the oldest traditions here, and it is very popular even today. A classic Russian banya is heated with firewood, modern versions use electric heat as well. The temperature inside is usually about 90-100 degrees Celsius, while outside it can be very cold in winter time - up to 20 degrees below zero. 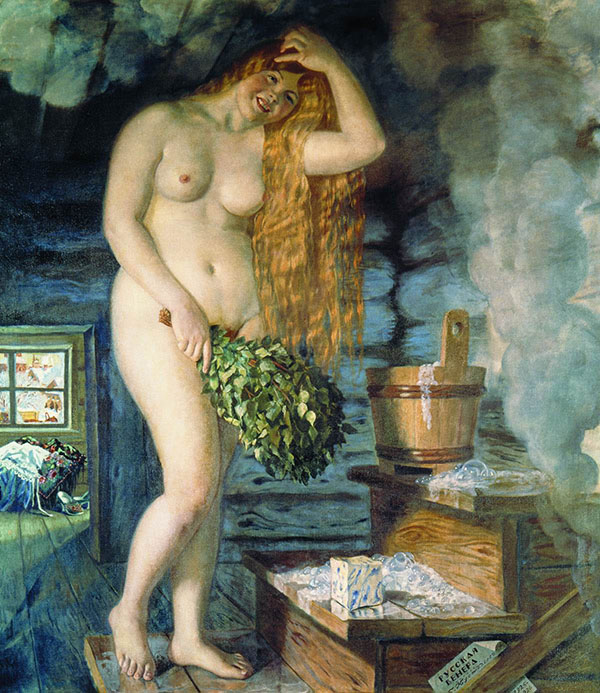 
The most famous public bath house in Russia is Sanduny Bath House founded by Sila Sandunov, an actor and businessman, in 1808. "The Sanduny Bath House is a complex made of several hothouses. Both authentic Russian Bath House traditions and the interior decorations of these bath houses are kept identical to the historical ones that are dated back to 1896 and had been designed by B. Freidenberg, architecture from Vienna, Austria". 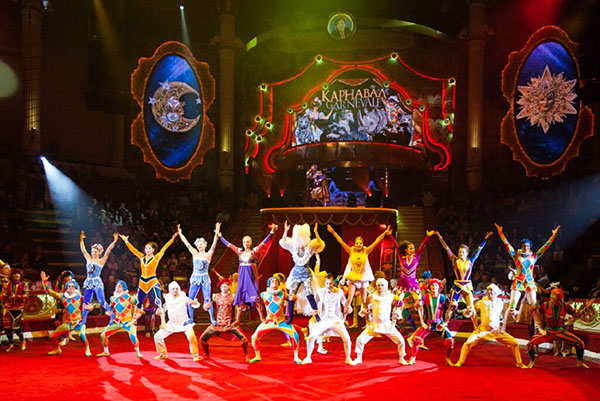 The first Circus on Tsvetnoy Boulevard was opened in 1880 by a famous artist and businessman Salomonskiy, the circus survived all the wars and revolutions, it was nationalized by the Soviet government in 1919 and it was in operation during all the Soviet era, in 1989 a new building for the circus was completed. The circus was named after Yury Nikulin, a clown and a popular Soviet actor. 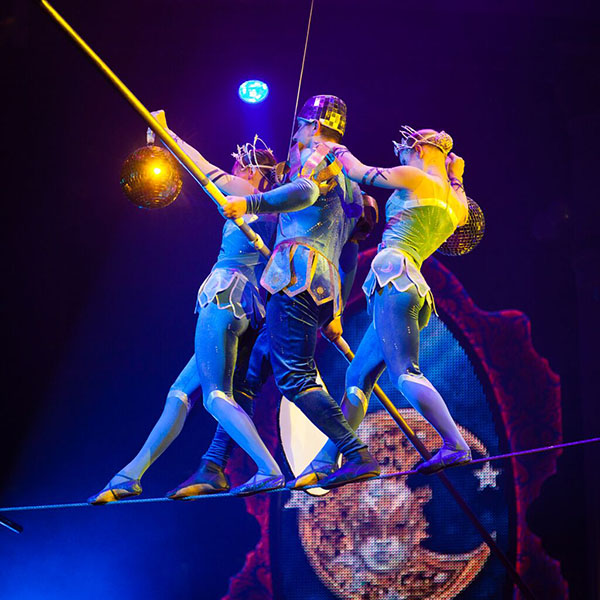 Every year the circus has got a new program. The performance includes trained animals (last year there were bears, fur seals, tigers and so on), trapeze acts, best musicians, dancers, hoopers, tightrope walkers, jugglers and gymnasts. The new program will be shown this year on February, 23.

5. Ice skate in the Gorky Park

If you like sport and winter activities this will be one of the best options for you. The Gorky Park is a central park in Moscow, in winter time it is turned into a huge ice skating rink, which occupies 300 acres (120 ha). One can rent ice skates there. Usually there are not so many people in the daytime on week-days, and it is rather crowded in the evenings and at weekends. One can find there different cafes to drink hot coffee or eat something. There is also the Garage Museum of contemporary art. 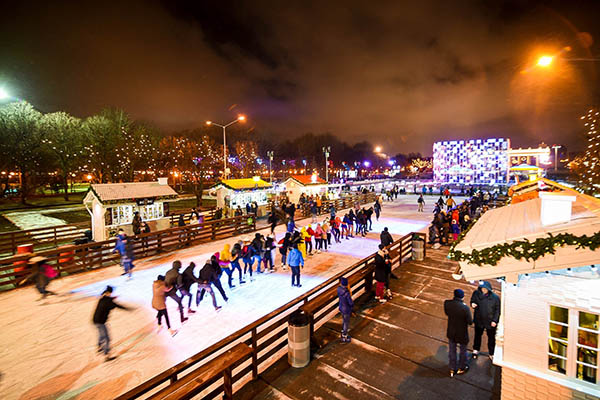 In front of the Gorky Park the Muzeon is located, it is also known as "The Park of the Fallen Idols", which is an open air museum with the monuments of the Soviet times, including statues of Stalin, Lenin, Khrushchev, Brezhnev, Felix Dzerzhinsky, Karl Marx e.t.c. The building of New Tretyakov gallery (art of XX century) faces the Muzeon and is located about 5-10 minutes walking from the Gorky park.