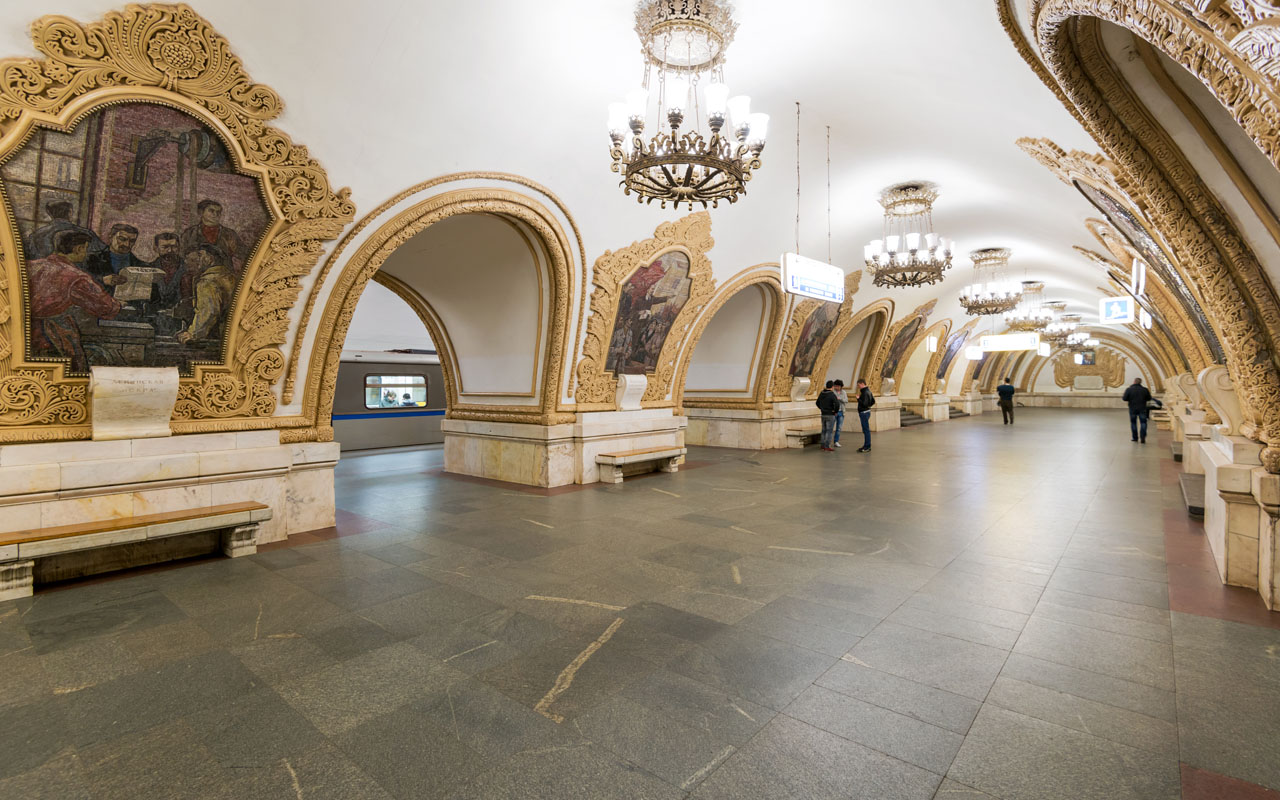 This tour is one of the best options for cold seasons, it does not matter whether it is raining or snowing outside - you will be indoors enjoying Russian art and discovering the most outstanding metro stations.

In the first part of the tour you will see Moscow metro that is world-famous by its spacious stations decorated with mosaics, marble, labrodorite, rhodonite, chandeliers, stained-glass panels and statues. The construction of Moscow metro started back in Soviet times, in the first half of the XX century. Designed to impress ordinary people, Moscow subway stations have developed a reputation of underground palaces.
You will learn about the construction of the metro, visit the most beautiful stations, some of which were awarded prizes at international festivals.
You will see 5-6 stations representing different epochs and architectural styles (the route will be designed by your guide exclusively for you).
Right after the subway tour your guide will take you to the Tretyakov gallery (by metro). The gallery is located in the city center, about 5 minutes walking from the nearest metro station.

During the second part of the tour you will get acquainted with Russian Art. The Tretyakov gallery is the foremost depository of Russian fine art in the world. You will see the most outstanding paintings of Russian artists dating back mostly to XVIII and XIX centuries. As until XVIII century there was no secular painting in Russia, Russian ancient art is represented by icons. You will see icons which had enormous influence on many European and Russian artists of XX century. It is one of the unique museums that gives you an opportunity to plunge into Russian art. The collection occupies a beautiful mansion that originally belonged to the founder of the gallery, merchant Paul Tretyakov, who presented his private collection of paintings to the city of Moscow.

We tour every day except Monday.

The booking should be made at least 24 hours prior to the tour.

Time is on request. The guide picks you up from your hotel and brings you back after the tour. You can also order transportation (there will be an additional payment for it).

* You will get an answer on your e-mail, sometimes it automatically marks as spam, please check this folder as well.